“We have been called to heal wounds, to unite what has fallen apart, and to bring home those who have lost their way.”
— St Francis of Assisi

We want to make you aware of an opportunity to serve first responders who may be suffering from PTSD. Our program called “Operation Restore” has made a difference in the lives of hundreds of first responders, military, veterans, spouses, and their families, since 2013.

The program is limited to a small number of participants, so each may receive the attention they need. Sometimes, when grant monies allow, we can waive the cost for attendance. If you would like to send someone, or have any questions, including the cost of attendance, please contact us at 813-229-2695.

If anyone you know would like to join us, we still have some spots available during our upcoming retreats: 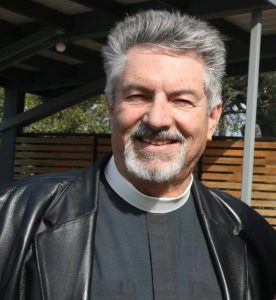 Rev. Rick Malivuk is a Lutheran minister, counselor, and Vietnam Veteran and has served as a chaplain to the Tampa Police Department, the FBI in Tampa, and Tampa Fire Rescue. In 2012, Rick worked tirelessly to develop a retreat program to heal Tampa area law enforcement, firefighters, and first responders by relieving their extreme PTSD. This program’s need became apparent after several Tampa Bay area police officers were killed in the line of duty in a short time.

Rick worked to found and now fully manages the Operation Restore Post Trauma Training Program at the Franciscan Center after Sr. Anne’s retirement in early 2019. The program has served close to 400 of Tampa Bay’s first responders, and Rick has personally recruited, counseled, served, and become a trusted confidante of each of those responders who have PTSD.

Rick runs the program with just a small but dedicated team of volunteers. With Rick’s guidance, hard work, and dedication, Operation Restore is now a 3-night, 4-day program held at the Franciscan Center. It helps first responders who suffer from post-traumatic stress. They receive treatment at a retreat after experiencing critical incidents, line of duty deaths, and pressure they face throughout a career.

The monthly retreat incorporates counselors, psychiatrists, psychologists, and trained professionals to treat post-stress called EMDR, or eye movement desensitization and reprocessing. Rick coordinates all of these professionals and their treatment of the first responders. 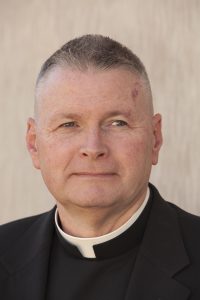 Father Ken Beale was ordained a Roman Catholic priest in May 1992.

For over two decades, he served as an Air Force Chaplain; often providing pastoral care amid active combat operations around the world. Each assignment reaffirmed the reality that, “in the midst of conflict and division God is there.”

Today, Father Ken directs parish missions and retreats, employing Sacrament, Scripture, Story, and Song to spread the Good News.  He is a published composer and released a CD, Go Into The World, which can be found on ILPmusic.org

The Publication of the Florida Fire Chiefs’ Association

The Franciscan Center and Operation Restore would like to extend our deepest gratitude and thanks for their generous contributions to the Baer Foundation and the RBC Wealth Management Foundation.

Update Personal Details
Your ticket for