The Franciscan Center > About Us > Presenters 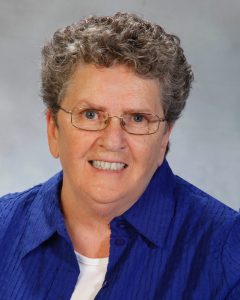 Sister Cathy Cahill, OSF, a Franciscan Sister of Allegany, has been leading retreats at the Franciscan Center since 1985, for persons in 12 Step programs. In addition to her retreat work at the center, Sister Cathy travels widely as guest presenter at retreat houses across the U.S. Her background in education includes a Bachelor of Science degree in education from St. Bonaventure University, and a master’s degree in education from Rhode Island College. She trained as a substance abuse counselor at Lutheran General Hospital in Chicago. 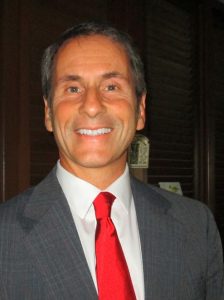 Daniel Francis is the Founder of DMF Coaching which contracts support to individuals for one-on-one life coaching and offers speaking opportunities to groups.  A former Catholic priest, Mr. Francis has been a motivational speaker for the past 24 years, he has given presentations in over 250 cities in 12 countries and on 4 continents.  He has served on the board of advisors for Real Estate Lives, on the advisory council for Keiser University’s Psychology Board as well as the board of directors for WMNF Radio.  He and his wife live in Tampa and enjoy gardening, exercise and (in non-pandemic times) trying out new local establishments. 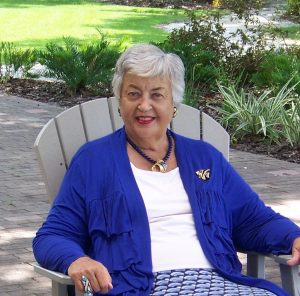 Maureen Connors, Ph.D., serves as a spiritual companion, retreat leader and meeting facilitator. She is facing the challenge of last third of life issues and trying to do it with grace, resilience and courage! She is recently widowed. 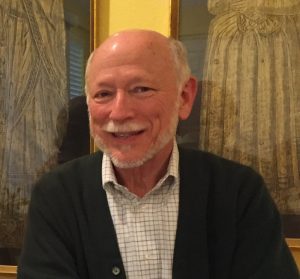 Reverend Bill Cooley, D.Min, MSW, an honorably retired Presbyterian pastor, is living into his last third of life. A spiritual companion in his retirement community in south St. Petersburg and in Tampa Bay, he also leads retreats on deepening spirituality for pastors and older adults.

Nicol Nixon Augusté, PhD, is an author, theologian, and professor of English at the Savannah College of Art and Design. Her book, Rome’s Female Saints: A Poetic Pilgrimage to the Eternal City, stems from her time as an affiliated fellow at the American Academy in Rome, Italy. Nicol’s work has been published in various journals such as Catholic Medical Quarterly UK, The Encyclopedia of Psychology and Religion, Women in World Religions, Sandhill Review, and The Tau.  Most recently, she hiked the ancient Christian pilgrimage, the Camino de Santiago (the Way of Saint James). Her experiences from the 800-kilometer Camino Francés route, from St. Jean Pied de Port, France, to Santiago de Compostela, Spain, will be published in an upcoming book on the Camino later this year. 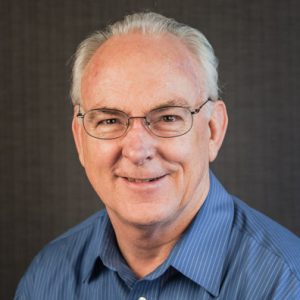 Rickey Cotton, Ed.D., is a spiritual director and presenter of Centering Prayer and Lectio Divina and on faculty for the Living Flame program of Contemplative Outreach, Ltd. As a leader of workshops and retreats, he presents around the country on such topics as John of the Cross, The Desert Mothers and Fathers, Divine Therapy, and Meister Eckhart. Now Professor Emeritus, Rickey served for over 30 years at Southeastern University in central Florida as teacher, administrator and mentor.

Sr. Jeanne Williams, OSF is a Franciscan Sister of Allegany who has many years of experience as an educator, certified spiritual director, retreat leader, and licensed massage therapist. Sr. Jeanne was previously a team member on the staff at the Franciscan Center from 1981 – 1993 and again from 2012 to 2016. She has served in leadership in her Congregation and as Co- director of the Franciscan Sisters’ Associate Program. Her areas of expertise include dream work, liturgical music and dance, and holistic spirituality which integrates body, mind, and spirit. 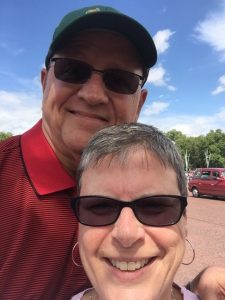 Nicholas Nitch is a retired educator who currently serves as a Resource Navigator for Love INC (In the Name of Christ) of Metro Tampa.  Nicholas has practiced Centering Prayer for several years, most recently as a member of the Tuesday Centering Prayer group at the Franciscan Center.  His favorite hobby is cooking and enjoying good food. 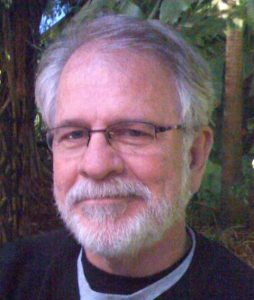 Tim Flood is the only Enneagram teacher in Tampa Bay to be certified by Helen Palmer and David Daniels and has facilitated groups like this one continuously for over 15 years. Professionally, Tim uses Enneagram, MBTI and EQi in his facilitation and coaching work with inter-organizational teams focused on environmental restorations, which have received national awards for their high performance. Tim’s Enneagram groups and workshops have been offered at the Franciscan Center starting in 2005, but his love for the place started in the 1980’s when hosting the Dignity mass was a Center cornerstone. 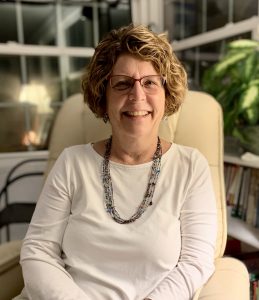 Rebecca (Becca) Bass, M.A. Becca’s ministries include spiritual direction, retreats, bereavement support and chaplaincy. Her experience is rooted in both Catholic and Protestant traditions, providing a breadth of understanding. She holds a Masters degree in Christian Spirituality from Creighton University and a certificate in Spiritual Direction and Directed Retreats from the Wellstreams Ecumenical Training Program. Becca is now affiliated with the Audire Spiritual Direction Training program in Orlando and is a member of Spiritual Directors International and the Federation of Christian Ministries.

Michelle Mehan, MAPT, ACC has been trained and certified as a Boundless Compassion facilitator. Michelle received her Master of Arts in Practical Theology at Columbia Theological Seminary.  Michelle currently works as a Palliative Care Chaplain with BayCare Health Systems. Michelle believes compassion is necessary for life today. She tries to impart compassion to whomever she meets. Michelle is an Ordained Deacon in the Evangelical Lutheran Church in America (ELCA). Michelle has led retreats and spirituality groups for many years and finds it life giving. Michelle enjoys spending time with her family and dogs, and she loves to sew and enjoys the beach. 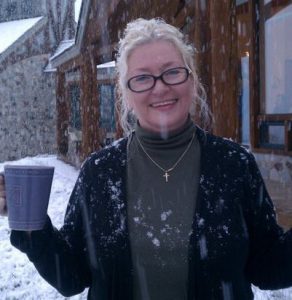 Judy Kahler-Jalbert, MTh, COSB, is an accomplished retreat leader, a retired hospice chaplain, a certified spiritual director, and a certified facilitator for SoulCollage®. 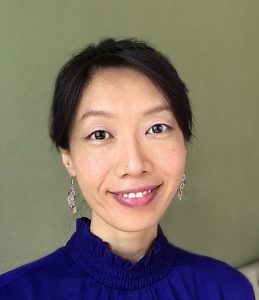 Dr. Qinghong Wei is an interdisciplinary artist and educator. She studies and shares the Art of Flow – daily art practices for living in truth, beauty, and love. With a doctoral degree studying how arts impact people, Dr. Wei has studied and collaborated with many world-class artists and scientists, and hosted art programs in diverse communities and organizations throughout the U.S., from metropolitan areas such as Boston, Seattle and L.A. to rural communities of the Appalachia. From MIT faculty to migrant workers in Beijing, she has worked closely with thousands of participants of diverse background. Her Art of Flow course at USF Osher Lifelong Learning Instituted is among the most attended and highest rated classes. She is co-author of Open Circle: Story Arts and Reinvention of Community, the playwright and co-artistic director of Songs of Tang Hulu premiered in Beijing, China in 2016 and 2017. To learn more about Dr. Wei: https://www.starrydreamsart.com/ 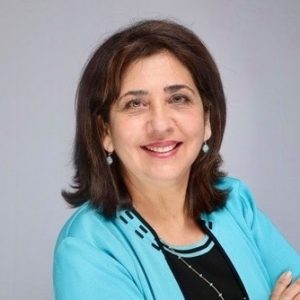 Farah Khorsandian-Sánchez is an Adjunct Professor in the College of Education at the University of South Florida (USF), Tampa, Florida. As a teacher-trainer, she works with undergraduate and graduate college students completing their final internship semester at the middle or high school levels, in the areas of Foreign Languages, Social Sciences and Language Arts Education. She is a longstanding global diversity consultant with extensive experience in cross-cultural training, diversity and inclusions issues, training for global understanding, interfaith education, teaching pedagogy, linguistics, foreign language acquisition and the teaching of English as a second and foreign language. She provides training in the areas of: Global Diversity & Inclusion (D&I) in the Workplace, Indian Cross-Cultural Understanding, Religious D&I in the Workplace, Generational Dynamics, Global Communication Styles. READ MORE ABOUT FARAH 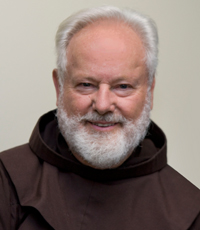 Reverend Emmet Murphy, OFM was ordained to the priesthood in 1986. Fr. Emmet resides at St. Anthony Friary in Butler, N.J., after having spent almost four years in a large, very active Franciscan parish in Raleigh, N.C. Fr. Emmet served as one of the North Carolina State prison chaplains, ministering to death row and general population inmates.  Fr. Emmet’s current priestly ministry has been in the Ministry of the Word, that is, preaching parish missions and leading Twelve Step retreats. “With 45 years of sobriety and taking it one day at a time, AA saved my life and I am eternally grateful to the God of my understanding for this precious gift”. 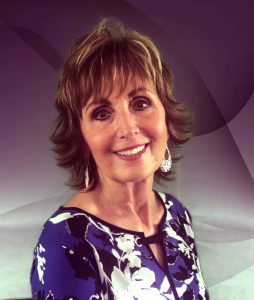 Nancy Mercurio is an ordained interfaith minister, author, speaker, executive coach who has spent two decades teaching leaders and employees around the globe how to work together effectively to achieve common purpose and successful outcomes.  She is also co-founder of Together In Peace Inc., a mission focused on educating the world on peace, tolerance and acceptance since 2013.

Update Personal Details
Your ticket for